South Coast offices: what does 2013 have in store?

Overall, 2012 proved to be a tough year for the South Coast office market with total take-up 18% down compared to 2011.

Despite the challenging year, encouragingly the final quarter showed improved figures in both activity and take-up, and this momentum has carried through to the start of 2013.

Balanced against the uncertainty posed by the Eurozone crisis, the US ‘fiscal cliff’, and the general slowdown in the global economy, this gives grounds for cautious optimism looking forward.

Interest will continue to be driven by impending lease events, with occupiers looking to make the most of lease expiries or lease breaks and benefit from favourable tenant incentives available in the

Headlines rents to remain stable on grade A office stock

Better quality office stock with good parking ratios should see lettings complete this year with headline rents being maintained as the squeeze on grade A stock in the region continues. Evidence of this was provided in two of the largest Southampton office lettings in the second half of 2012, where we negotiated deals with the NHS to take over 17,000 sq ft, and Peer 1 agreeing to take a further 14,000 sq ft, at Town Quay in Southampton. Headline rents were agreed at £18.50 per sq ft - highlighting the fact that tenants will pay a premium for space that exhibits these principal features.

In the medium term, as existing grade A supply is taken up, we could see a move towards pre-lets at buildings such as Development Securities’ Aqua, Cumberland Commercials’ The Bond and C&G’s Chilcomb Park. However, a significant uplift in rental levels will need to be achieved in order to stimulate construction.

What should encourage interest in these schemes in the face of increasing fuel costs are the proposed BREEAM ratings, providing state of the art, sustainable, low maintenance buildings and significant occupational savings on energy bills. Construction should also be encouraged by the announcement of an exemption from empty property rates for developments completed between October 2013 and September 2016.

Office schemes to watch in 2013

Solent Business Park saw no significant office lettings during 2012 as the economy dipped back into recession. Activity has since picked up, with a number of existing occupiers choosing to renew their leases and stay on the park, and there are already deals in the pipeline for 2013.

We expect the opening of the much anticipated Whiteley Shopping Village in May 2013 to assist demand at Solent Business Park, along with the quality of available supply on offer and the high parking ratios. This includes Greenhills’ Fusion office scheme, which underwent a £7 million ‘green’ refurbishment program and is one of the most popular schemes on the park. This is due to its energy efficient specification (EPC level B) providing low occupational costs, and an ‘old’ parking ratio, which offers over 20% more parking than existing new builds and nearly 40% more parking than proposed new builds on Solent Business Park.

The eastern end of the M27 corridor has experienced lower take-up, but we anticipate further lettings at Lakeside, North Harbour following the completion of the retail plaza on site, and at Langstone Technology Park in Havant which has occupancy rates in excess of 90% but with space still available.

South Coast offices: what does 2013 have in store? Viewpoint

South Coast offices: what does 2013 have in store? Viewpoint
View all content 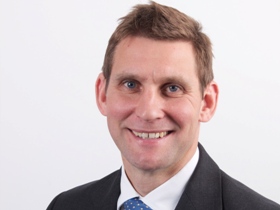