The first estimate of the Q2 GDP figure will be released on the 25 July and the consensus view is that it will be show an improvement on the 0.3% growth recorded in Q1 of 2013.

This is supported by a majority of the monthly survey data, for example the Q2 edition of the influential Economic Survey from British Chamber of Commerce showed an improvement in most of the main metrics covered. It is also supported by the latest jobs market numbers, which show the unemployment rate, based on the numbers of job seeker’s allowance claimants, was at a 30 month low in June.

In terms of the drivers of the recovery, there had been optimism that a slightly weaker pound and some improvements in the Eurozone, our main export partner, would lead to an increase in manufacturing and exports. There has been some evidence for this, with survey data from the British Chamber of Commerce the latest to show an increase in export orders and sales. Growth is also coming from the dominant services sector though. This sector accounts for 70% of the economy and April’s index of services data showed a 2% annual increase.

The IMF has now upgraded their 2013 UK GDP forecast to 0.9% from 0.7% in the spring, and Oxford Economics have upgraded their forecast from 0.7% to 1.1%. We have seen forecasting organisations continually downgrade their expectations for the economy over last 24-36 months, so the recent upgrades are a positive sign, and barring any major shocks the UK looks be back on a slow path to recovery.

Data from our Q2 2013 UK Investment Transactions Report shows that commercial property investment volumes increased by 2% between the first and second quarters of the year and the quarterly total of £8.24bn is the highest we have recorded since Q1 2011. On both a quarterly and annualised basis the all property transactional yield has remained flat with just a three basis point (bp) inwards movement recorded on both measures.

In terms of investment activity by sector and region, Central London offices remain the most heavily invested-in asset class, as they have been throughout this portion of the cycle. Even though investment in London as a whole accounted for just over 50% of the quarterly investment total, we have also seen an increase in the volume of regional deals and the quarterly total (excluding portfolios) is at its highest since Q3 2011.

With the momentum behind the economic recovery growing, the quarterly increases in both deals done and the volume of regional deals look to be a sign of where the market is headed. There is no doubt that for a certain type of investor, Central London property remains incredibly attractive, but for those looking to add value or investors who have been priced out of London, the better performing regional markets are looking attractive. 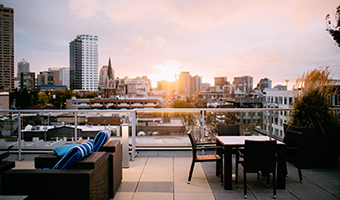