Demand for regional stock reached a two year high in Q2 2013 with £3.24bn invested in commercial property outside of London (excluding portfolios) – as reported in our latest research, UKIT Q2 2013.

Commenting, Ezra Nahome CEO of Lambert Smith Hampton said: “Central London offices still remain the most popular asset class – accounting for over 50% of the quarterly investment total. But regional investment volumes are on the up, reaching their highest point since Q3 2011.

“This activity can be attributed to the slight easing in the debt markets, an improvement in sentiment towards the regions, momentum behind the economy starting to grow and investors taking advantage of historical highs in the yield gap between London and the regions.”

It was not just the regions which saw an increase in Q2, but an up-turn in all activity was recorded with £8.24bn recorded - a 2% increase on the previous quarter. This level of investment was last seen in Q1 2011.

The major investors in regional property were UK buyers – accounting for 89% of the quarterly total - explaining why, Ezra said: “Many UK buyers were either priced out of, or see little value in, the ultra competitive Central London market and are looking for opportunities elsewhere.”

Trading for assets between £10 – 30m increases

This move towards the regions comes in conjunction with a drop in the average deal size, from £28m in Q1 to £16m in Q2, and an increase in trading in small to medium assets. We recorded double the number and volume of deals for assets between £10m and £30m in Q2 in comparison with Q1.

Continuing the theme set in the first quarter of the year, Hammerson and CPPIB purchased a 33% stake in the Bullring Shopping Centre in Birmingham for £307m – reflecting an initial yield of 5.7%.

Commenting, Ezra explained: “Q2 saw the completion of another series of large shopping centre deals and the elevated deals volume in Q1 means the running total for 2013 has almost eclipsed that for the whole of 2012.”

Showing no sign of waning, investment in Central London offices grew by 33% between Q1 and Q2 to £2.83bn. This accounted for just over 50% of the quarterly investment total in the quarter. In a continuation of the long running trend, overseas investors were once again the largest buyers of UK commercial property in Q2. However, quarterly investment levels are the lowest they have been since Q1 2012 at £900m.

Concluding, Ezra said: “London will remain the driving force behind the market for the rest of 2013, with demand sustained by overseas money. However, investor appetite for regional stock is also expected to increase as the economic recovery, combined with attractive pricing and a gradual easing of the debt market have led to an improvement in sentiment.” 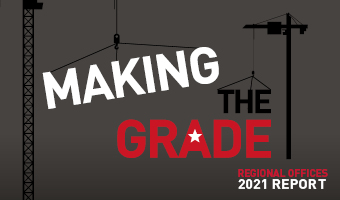