With eight million UK workers staying at home and away from the office amid the lockdown, the very notion of the office has been shaken to the core. Here we consider what this experience could mean for future demand.

With eight million UK workers staying at home and away from the office amid the lockdown, the very notion of the office has been shaken to the core. Here we consider what this experience could mean for future demand.

Up and down the country, facilities managers have been busily preparing their office environments to be ‘Covid secure’, as per the release of recent government guidance. However, it is unlikely that any more than a minority of staff will make a reappearance anytime soon.  Public transport capacity will be severely curtailed if social distancing is to be respected, while the office itself will be rendered unwelcoming by signage and restrictions.  For the majority, the great WFH experiment has months still to run.

But, in time, the social distancing signage will disappear, people will crowd into lifts once again and desks will be able to be re-occupied. Yet, the collective psychological experience of working from home for potentially many months will not simply be put away and consigned to history. Instead, this experience is likely to accelerate the change that was already afoot and is already being reflected in a rethinking of live office requirements.

Pre-lockdown, many a CEO and line manager would have thought it impossible to function practically with remote working, en masse. Fast forward two months, however, and many will now question why so many need to be in the office. Technology constraints to productive home-working are typical concerns, yet LSH’s recent survey of over 500 office workers during lockdown revealed that 70% felt the technology available to them at home allowed them to efficiently undertake their duties. So, at the basic level, mass WFH has worked. 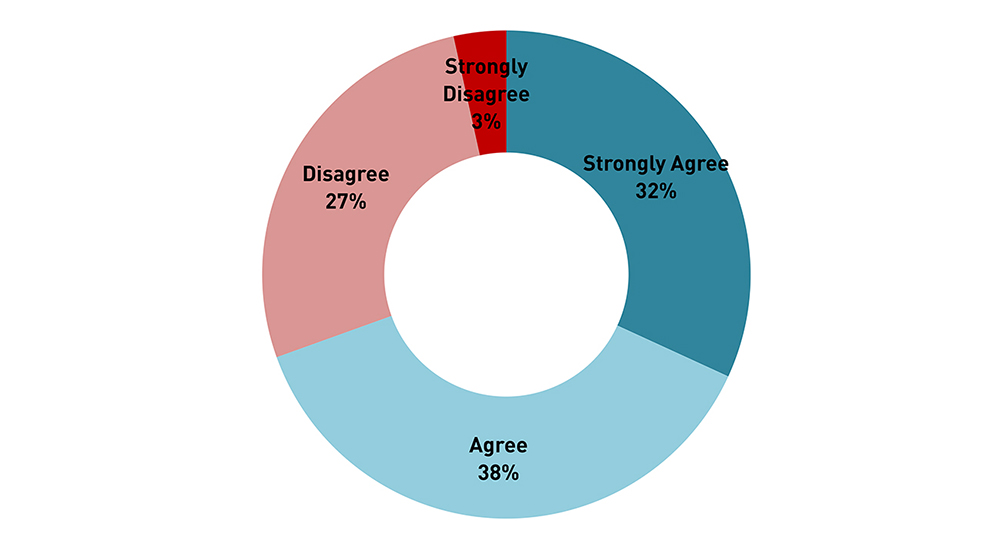 Our survey also reveals that office workers, having experienced weeks of working from home, do not feel they really need to be in the office as much as they had been. Prior to the lockdown, a substantial 61% of respondents either never or only very occasionally worked from home. However, the vast majority (88%) now believe that they could work at least two days a week at home without impacting on their work and mental wellbeing. As for the benefits of home-working, avoiding the commute was most cited as the best advantage (36%), followed by the ability to work without distraction (24%). With nothing to suggest employers will stand in the way of their staff’s views, all this could have major ramifications on how the office is used in future.

Days per week working from home (%) 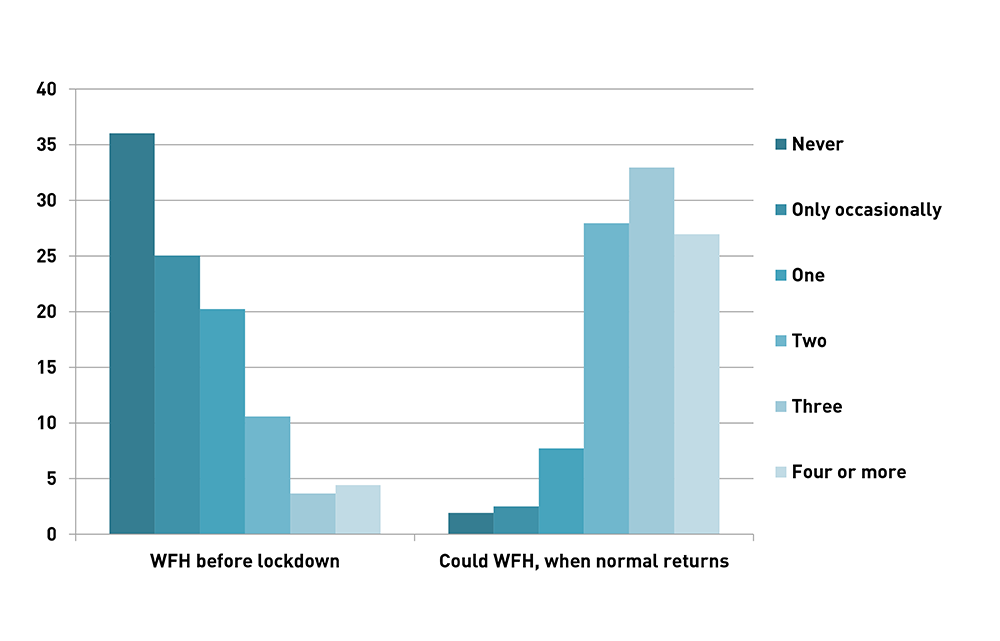 But the office is NOT dead

While staff may feel they do not need to be in the office quite as much as they were, this does not spell the end of the office. People need interaction. In our survey, a lack of social interaction was overwhelmingly cited as the main disadvantage of working from home, accounting for a substantial 61% of responses. The office remains vital. It is where junior staff can learn from their colleagues, it is where ideas are borne and turned into action, it is where a company projects its culture. 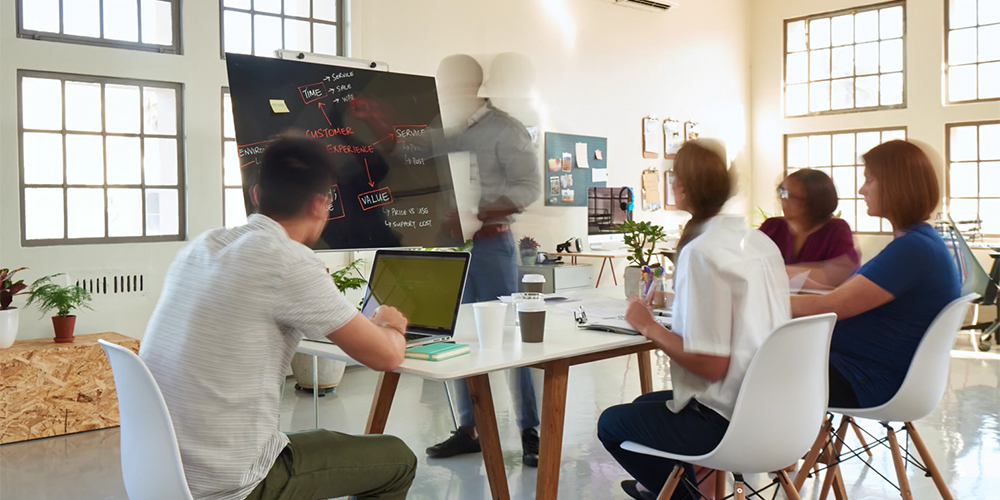 Face to face interaction is still a highly regarded part of the working experience. Video conferencing platforms such as Zoom and Teams have been embraced by many workers during the lockdown, and will no doubt be used a lot more in future. But, for many, these tools cannot entirely replace genuine social interaction. This is supported by our survey results, which reveal that the majority of respondents (59%) do not see virtual meetings as having a significant impact on the need for face-to-face meetings, once normality returns.

What is the main disadvantage of working from home?

Jump at the cost saving?

To many financial directors, cost saving is a tempting upside to expanded home-working.  If, post lock-down, a company thinks only 50% of staff actually need to be in the office on any given day, why incur the cost of 100% occupancy? Taking Bristol as an example, LSH’s Total Office Cost survey (TOCS) indicates that the saving secured through a 50% reduction in prime office space for 200 staff amounts to c.£3.9m over five years.  In the City, this saving rises to £6.2m. Hardly small beer. 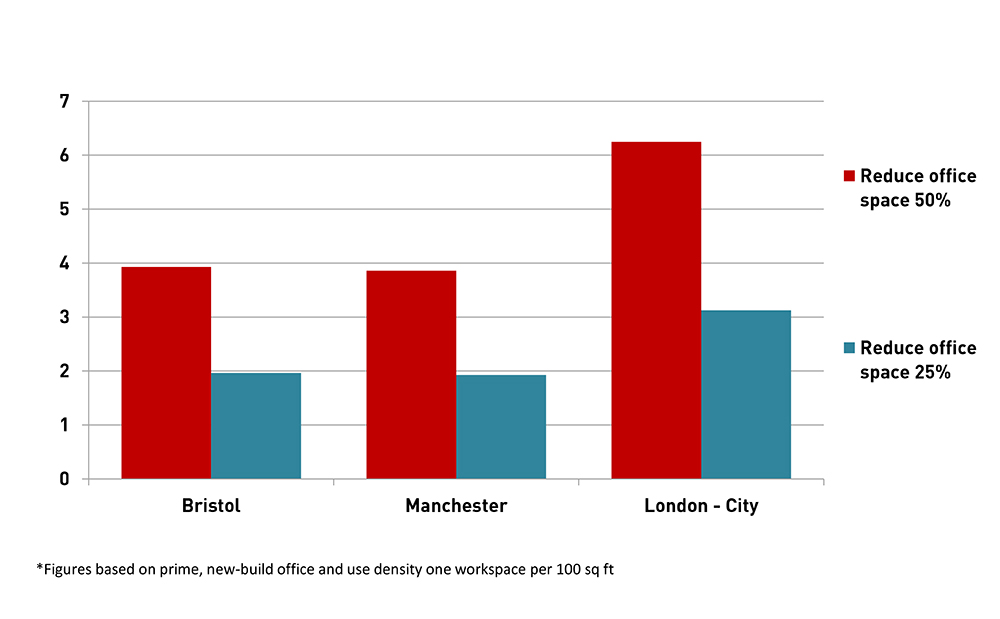 So there is money to be saved by placing more people at home and taking less space. But this needs to be thought through carefully, and could be a false economy if not considered holistically. Office space as a proportion of total costs has fallen sharply over the past few decades - where a generation ago offices were equivalent to circa 30% of salary costs, today it is typically under 10%. Thus, cost savings through scrimping on space could be dwarfed by the cost of failing to attract the best talent.

An opportunity to drive quality

Alongside salary and benefits packages, the quality of the office working environment is increasingly viewed as a key weapon in the ‘war for talent’.  On taking a new lease, an alternative approach to reducing space and simply saving cost is to rethink the allocation of space between types of working environments. In this scenario, the upside to sharing a dedicated desk is a greatly enhanced and varied working environment, which might more closely resemble the co-working serviced office model.

So, for example, a space previously taken by 20 desks, could be refitted for a tailored collaborative working environment, perhaps devoted for group training, knowledge sharing or informal meetings. Instead of a single large area for collaboration, a business may choose to have three, each with their own character and purpose.

Workspace cost breakdown, for grade A Bristol offices (per person, £ per annum)

From hot-desking to dedicated shared desks?

Placing more staff at home and taking less space does of course mean existing desks and workspaces will have to be used more flexibly, with greater sharing between users. At the current time of social distancing and heightened fears of infection, hot-desking is unlikely to carry much appeal. This will probably denude over time, but a permanent attitudinal shift against conventional hot-desking cannot be ruled out.

One alternative to hot-desking involves the wholesale rotation of sub-teams, either through the course of the week or from week to week. This, admittedly more rigid, approach could see two or three people sharing a dedicated single desk, while greater sensitivities around contamination could see typical desk ancillaries such as fixed phone-lines, keyboards and pedestals consigned to history. The fact each colleague knows exactly with whom they are sharing their desk should help to instil more trust, and could remove the need for daily deep cleaning. While this approach will appeal, careful planning and organisation is essential, and could form a key part of an office manager’s role in the future.

But how will the office environment of the future feel in the wake of the lockdown experience. Where once the office followed us home, in future, will the feel of home-working follow us into the office? Perhaps we should conceive of the office of the future as something more akin to a hotel lobby. If home working is about to come to the office, then the way we use our offices will change fundamentally.

Fail to prepare, prepare to fail

While this is still early days, the lockdown experience has the potential to permanently shift the emphasis of work from the office to the home. Yet, far from being rendered redundant, the role of the office will remain an essential crucible for the exchange of ideas, the formation of working relationships and the instilment of business culture. Landlords and occupiers that can adjust to the ‘new normal’ and respond best to these changing requirements will prosper, and those that do not risk being left behind.

If the lockdown experience has prompted your business to rethink its office space requirements, LSH’s national Office Advisory team can work with you to re-evaluate your property needs and inform your future strategy. Get in touch. 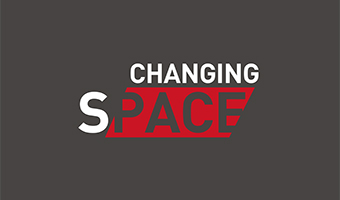 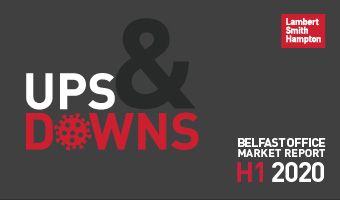 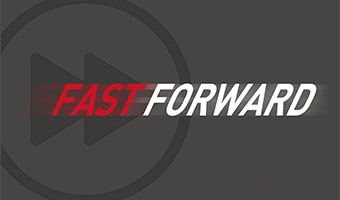 Occupiers keep faith in South East offices amid crisis Research While a promising start to market activity in 2020 was turned upside down by the esca... 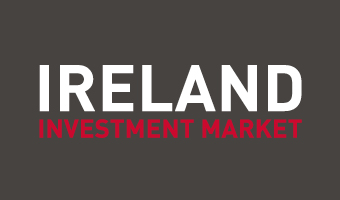