Glasgow investment may falter with drop in office supply

Glasgow’s success in attracting inward investment projects could falter in the future, according to our latest research report, Glasgow Office Market Report 2010.

Glasgow experienced a relatively successful year in 2009 with take-up of 470,000 sq ft by occupiers and a further 170,000 sq ft of new space currently ‘under offer’.  However, this success could start to falter by the end of the year, as the city is starved of new supply and long lead-in times.

It will be 2013 at the earliest before this situation changes. The lack of speculative funding is likely to last until at least the end of the year. There have been no new starts on site this year with no new build supply until 2013 as a result.

David Smith, Regional Director in our Glasgow office, said: “There is a two-tier market emerging with occupiers seeking less than 10,000 sq ft spoilt for choice. As we move through the year, larger users will see a shortage of good quality supply. For occupiers, the window for good deals is closing. Unless there is more supply created, Glasgow could lose out.

David continued: “The expectation is that Scotland will return to positive economic growth in 2010, although unemployment may continue to rise until 2011. There is a need for institutional funding to pick up by the end of the year, to create the new build development required to meet demand."

There is an opportunity for the demand gap to be plugged by the 2014 Commonwealth Games. The event will deliver a significant impact on regeneration, offering a once in a generation opportunity for step change in the east end of Glasgow; the area covered by Clyde Gateway.

David agreed: “The Games will bring forward major infrastructure projects. The completion of the M74 and the Clyde Gateway area has the potential to become an extension of the city centre. Glasgow must grasp this opportunity and maximise the long term potential for the city.”

In the property investment market, Glasgow has become the most sought after location in the UK after London, with the city witnessing high demand from UK institutions and indeed global investors.

David concluded: “The strength of Glasgow as a provincial office market was emphasised by the investment activity in the second half of 2009. No other market outside London saw the depth of institutional demand for office investments."

The Glasgow Office Market Report has been undertaken in consultation with the city’s prestigious Fraser of Allander Institute. 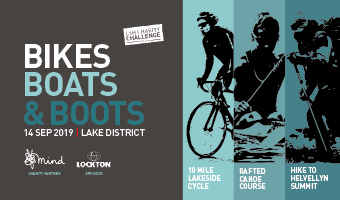