Macro opportunity for the micropub

Jason Pinkett talks to Pub and Bar Magazine about the micropub opportunity in Yorkshire and the North East.

Yorkshire and the North East’s railway station pubs are witnessing somewhat of a renaissance. Gone are the days of sticky floors and transient customers. Instead, a new breed of establishment is making its mark on the Northern railway station scene – the micropub.

Station pubs traditionally offer customers a haven from the hustle and bustle of a busy station and micropubs are not only building a following with customers, but also with station operators who recognise their potential to raise the standard of service offering in a station as well as increasing dwell time and drawing in regular custom.

In recent months, we have seen a number of units come up for lease in station locations, and although not marketed specifically as licensed space, they have been recognised as prospective micropubs by tenants due to their lower rents, and by operators for their rental returns on non-prime or smaller, ‘difficult’ space.

The ultimate appeal of a train station location to landlords and tenants is the high volume of footfall, as well as the often charming setting of a historic station. The Draughtsman at Doncaster Station was well-placed to take advantage of its railway-side location. The original nondescript unit within the busy commuter station has been transformed into a chic micropub which benefits from both local custom, through its town centre location, as well as the flow of train passengers past its doors.

Opening a micropub in a station could be seen as more risky than a coffee shop, through having a more limited customer base, but they also have the potential to become more of a success in their own right. When done well, the appeal of station micropubs – offering craft beer and a friendly atmosphere – can serve to put them on the map and, by association, the train station in which they are located.

While micropubs will not prove successful in every station location, they can be a prominent element in rejuvenating train stations. Where we have seen success stories, these pubs are not only raising the profile of the train stations and towns in which they are located, but also the standard of station services that customers can expect. They may be small, but station micropubs are on track to make a big impact.

Located on the northbound platform at Durham Railway Station, this grade II listed building fronts prominently onto both the station forecourt and the platform itself, and a potential footfall of over 2.27 million passengers per year in addition to a town centre catchment area.

This Victorian built two-storey former station house is located in the north Nottinghamshire town of Retford, and is visited by 700,000 passengers every year.

This article originally featured in issue 156 of the Pub and Bar Magazine. Click here to download a copy.

Delivering a long-term transport strategy for the North Viewpoint Transport infrastructure is a critical catalyst to economic growth. Aside from improv... 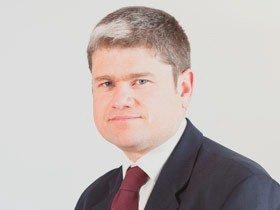