The case centred on the retail giant demanding a refund of rent paid for the period following their lease break date, which was being withheld by their landlord. In the original trial, the judge found in favour of the retailer, despite there being no express term in the lease that would allow M&S to be reimbursed.

However, the Court of Appeal overturned the decision and the Supreme Court upheld the judgment, maintaining that leases must contain very clear wording with an express term – a term that is specifically agreed by both parties at the time the contract is made – to allow the tenant a rent refund of rent paid in advance, which relates to the period following the break date.

“This was a highly complex legal case that has once again demonstrated the pitfalls associated with lease break clauses,” said Gareth.

“The issue has been a bone of contention between landlords and tenants for many years and it surprised many in the commercial property world when the original ruling was over turned by the Court of Appeal.

“Had M&S been successful, it could have potentially opened the floodgates for tenants seeking pro-rata refunds from landlords where they have paid rent in full beyond a break notice in accordance with their lease obligations. Landlords can now finally breathe a sigh of relief.

“What the case highlights is that tenants must ensure they seek professional advice so they do not fall foul of the law or become trapped in contracts that are weighted against their interests.

“When handled correctly, break clauses present a great opportunity for occupiers because they can trigger a re-negotiation of the lease terms and a rent reduction.”

He added that the legal case had introduced certainty to commercial contract law and that would benefit all parties in the future. 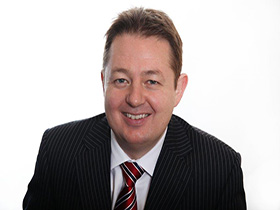