Innovative retail lobbyists have successfully drawn the government’s attention to the plight of the High Street’s business ratepayers.

Yet, while the demands of the sector for fundamental reform are clear, the details are far from consistent.

Just as the sector has built consensus and caught the government’s attention with a robust and substantiated rejection of the 2015 revaluation postponement, cracks are beginning to appear in the sector’s united front.

The most profoundly damaging split is that between large High Street retailers and their much smaller independent counterparts. Small retailers view rates as a crippling cost which bears no direct relation to their ability to sell, employ staff or generate profits. Beyond a short-term reduction in rate liability, they argue strongly for a system of taxation directly related to business performance, e.g. a local sales tax. Yet, larger retail groups reject this idea, preferring to minimise rate liability in the traditional fashion.

This difference in viewpoints provides government Ministers with a convenient excuse to downplay all of the retails sector’s arguments in the name of cross-industry, cross-sector fairness. This would be unfortunate because, although cracks are appearing in the retail sector’s arguments for special treatment, the plight of the High Street is there for all to see. It is a special case, and it deserves the government’s focused attention.

This article is part of the spring 2014 edition of Rating in Brief. 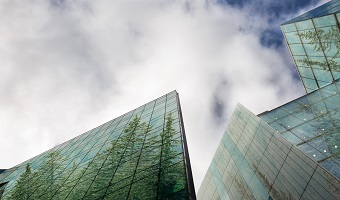