Birmingham’s office market could be ready for take off as demand for space nationally is set to return to its highest level since 2000.

The latest edition of our annual Office Market Review predicts that take-up could reach 30million sq ft this year, following a 33% increase in activity to 25.6million sq ft during 2013.

The report finds that this demand is being partly driven by businesses seeking additional space for expansion - as well as the natural turnover created by occupiers reaching the end of their leases - for the first time since the start of the recession.

We expect Central London and the larger regional markets such as Birmingham, Manchester, Glasgow and the Thames Valley to be the main beneficiaries of this growth.

Demand at highest level for more than a decade

Alex Tross, Head of Office Agency at LSH in Birmingham, said: “The office market has been a major beneficiary of the economic recovery and improving business confidence. Demand is now at its highest level for more than a decade and will continue to increase over the rest of the year as the corporate sector continues to hire new staff and invest for growth.

“There is definitely improving confidence filtering out to the regions from London, and Birmingham and the wider West Midlands is no exception. A Birmingham Q1 take-up figure of over 100,000 sq ft is evidence that the market is improving.

“This take-up was a result of conversations and transactions that began last year and, as such, the real impact of increased occupier confidence won’t be felt until later into 2014.”

“Occupier confidence is a precursor to developer confidence and the city core has seen a raft of planning applications submitted recently, including Eastside Locks and 2 Cornwall Street.

He continues: "This suggests that developers have an appetite to do something imminently so that they are ready to take full advantage of the upturn. The Birmingham market is definitely improving but we need to see more development in order to attract higher levels of inward investment. Hopefully Deutsche Bank’s move - which was significant given that it is a bank and they usually only focus on the South East and London - will put Birmingham on the map and, if moving offices to Birmingham proves to be positive on the balance sheet, there is no reason why others won’t look at the city in a new light, particularly with HS2 and the airport’s new runway on the horizon,” said Alex.

“The most important development for the city and region is the £40 million 400-metre runway extension at Birmingham International Airport which is due to be completed this year.

“HS2 will undoubtedly bring major benefits, but it is a very long way off.  I believe there will be far greater, and more immediate, benefit to Birmingham from the airport extension. The extension is a huge step forward – the option to fly directly to the city will be a game-changer, and will give Birmingham a much better platform to attract global investors.”

As predicted last year, the report also finds that an unprecedented amount of obsolete office space in many locations throughout the UK is being taken off the market and converted into residential accommodation. This follows a temporary relaxation of planning rules in May 2013 that has streamlined the process for applying to change a building’s designated use.

Across the country as a whole, the number of notifications for office-to-residential conversion increased by 500% in the first six months following the introduction of the new rules.

Alex added: “We’re seeing an exponential increase in the number of obsolete office buildings being taken off the market and earmarked for conversion into new homes. Landlords and developers across the country are taking advantage of a temporary relaxation of the planning rules and a strong housing market to transform lower quality space into more profitable uses.

“Technically speaking, conversions undertaken within the new rules need to be completed by May 2016, so we expect the withdrawal of office stock to reach a peak in 2014. With tens of thousands of new homes being created as a result of the streamlined conversion process, extending the deadline beyond 2016 would seem like a sensible way of tackling the UK’s chronic housing shortage.

“This acceleration of the conversion process together with strong occupier demand will push up rents in many locations – such as Birmingham - and drive speculative development. 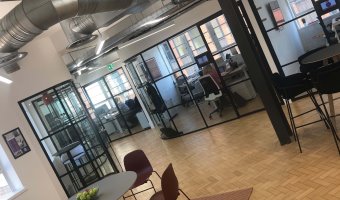 Focus on serviced offices: Birmingham Viewpoint Alex Tross, Head of Office Advisory at LSH in Birmingham, reviews how the rise of fle... 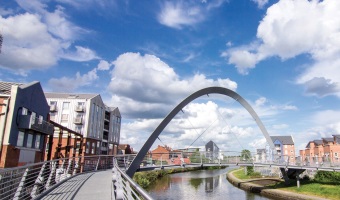 Channel 4 HQ relocation: Which city will prevail? Viewpoint Birmingham, Greater Manchester and Leeds are all in the running to host Channel 4's n...
View all content