The Scottish economy may be continuing to recover from recession, but the rate of recovery appears to be slowing. David Smith, Head of our Scotland offices explains.

Scottish performance is weaker than the rest of the UK

Survey data taken from Fraser of Allander Institute Economic Commentary, indicates a weakening of growth in the fourth quarter of 2011 and suggests Scottish performance is weaker than the rest of the UK. The service sector is especially weaker in Scotland.

In the labour market, unemployment has fallen in Scotland while it continues to rise in the UK. Yet, the growth of output suggests a weaker Scottish recovery. This could be due to greater job losses during the recession in Scotland, another possibility could be due to the greater apparent shift to part-time working in Scotland.

The most obvious examples are the uncertainty surrounding political unrest in the Middle East including the price of oil, the threat of inflation, weak bank lending, the impact of fiscal consolidation and reliance on export growth for recovery, which remains weak. We are forecasting that GDP will grow 1% this year, 1.6% in 2012 and 1.9% in 2013 which is a lowering of the forecast.

The primary local drivers of the property market are supply and demand which are affected by the wider economic conditions.

Analysis of the recovery itself would signal caution in the market, with the service sector performing particularly poorly in Scotland. With the impact of Government spending cuts still to be fully felt, there is unease that bad news has simply been delayed due to the many elections. These factors should curtail demand and potentially increase second-hand supply.

There is no new or pipeline supply of new build space in Glasgow City Centre. In contrast, take-up of grade A space in 2010 was relatively strong at 230,000 sq ft. The most successful was G1 George Square, although owner-occupation purchases at One Waterloo Street by SSE and Centenary House, by NFU also stimulated the market.

Space at 2 West Regent Street, Capella, 4 Atlantic Quay, Centenary House and Cuprum remain available, and is being let on a floor-by-floor basis. This has also been joined by tenant surplus space and refurbished grade A space in buildings such as Aurora, 141 Bothwell Street, 123 St Vincent Street and Sentinel. We anticipate that this form of space will increase.

Occupiers are using the opportunity to upgrade buildings at relatively low cost, while incentives remain high. Equally, the trend is to make more efficient use of space, meaning occupational requirements are diminishing even if staff numbers are not.

In 2010 we predicted a tightening of incentives, greater levels of take-up and reduced supply. However, incentives have not significantly reduced in grade A buildings and this, combined with lack of funding, will see a continued cautious approach with no new starts likely to be funded in 2011. The market needs a good level of 2011 take-up to encourage new starts.

Note: Glasgow economic commentary produced in conjunction with The Fraser of Allander Institute, in association with PriceWaterhouseCoopers. 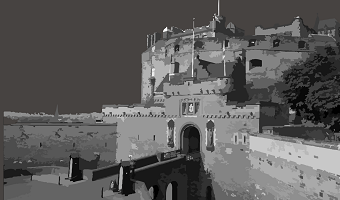