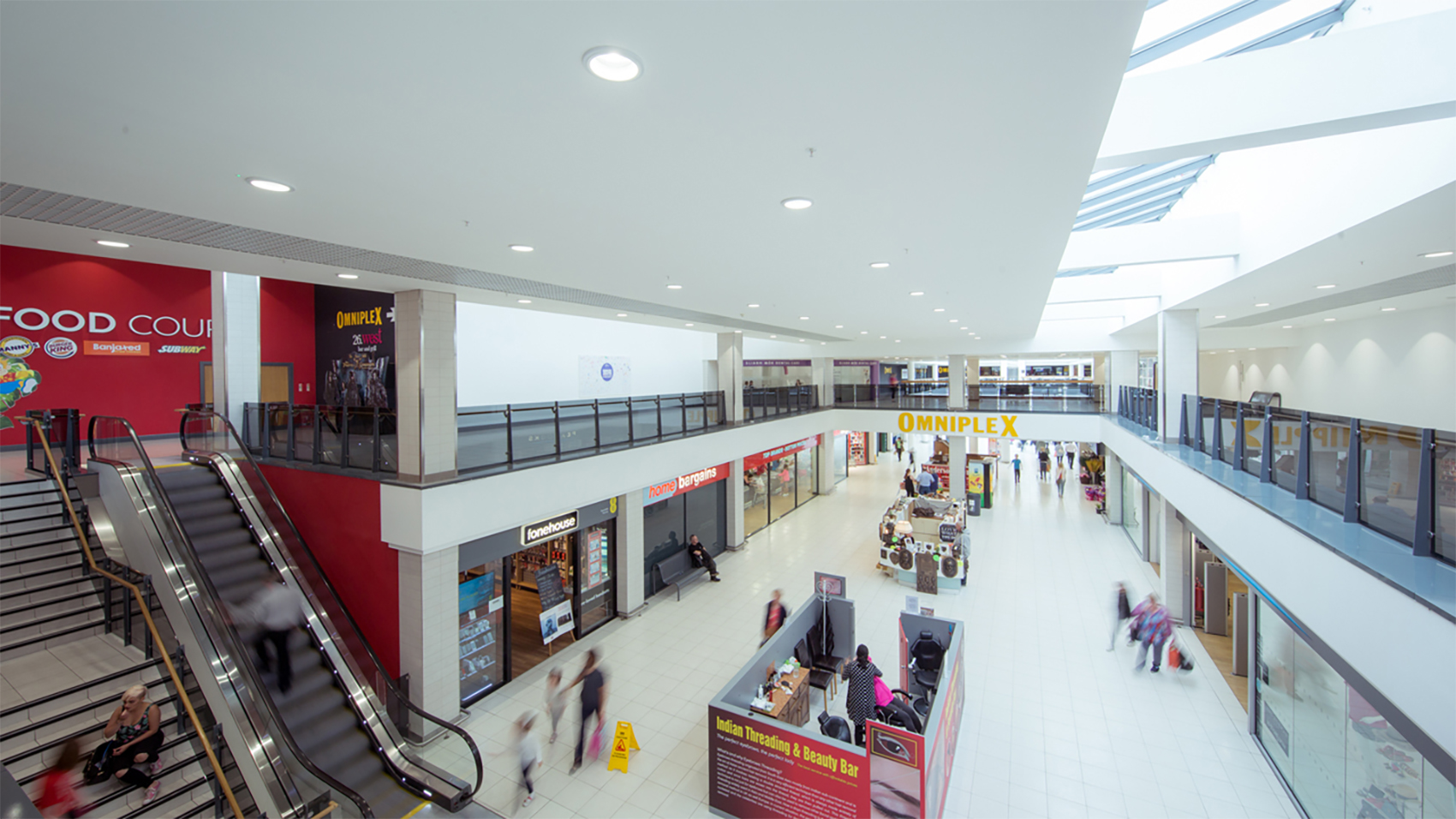 The Kennedy Centre in Belfast, one of Northern Ireland’s most recognisable shopping centres, was seeking to enhance shoppers’ experience.

As part of a competitive tendering situation, LSH successfully proposed a full lighting upgrade using an LED solution for the main shopping areas, exteriors, underground car park, and service zones which would reduce maintenance and running costs. It would also use accent lighting to elevate the retail environment generally. Due to LSH’s superior buying power, it was able to provide the high-end solution at a lower price than its rivals were able to.

The main focus of the project was the centre’s communal areas so, to avoid disruption to the retailers and shoppers, works were organised to take place out of hours. Further logistical complexity was added due to displays that could not be moved, preventing the use of standard access equipment.  LSH subsequently sought out specialist rope access contractors and used their trained electricians to make the upgrades.

The centre was fitted with over 650 28w LED downlights to give it modern-style intense lighting but without creating glare. Presence detection was added in areas with low footfall such as the service and toilet areas to help reduce energy consumption.

Following the four-month installation project, the centre’s colour uniformity was significantly improved, lux levels in the main mall were increased by over 30%, and were doubled in the underground carpark.