Explaining the government’s new First Homes initiative, highlighting the differences and implications of this flagship, as against previous starter homes rules.

The new model section 106 agreement for the Governments new flagship First Homes policy was published in late December which should be used by local authorities and home builders in preparing s106 agreements that deliver First Homes through developer contributions. This includes First Homes exception sites.

With some of the ‘transitional arrangements’ for plan making and decision-making ending on 28 December 2021, now is a good time to revisit the First Homes requirements and better understand what implications this will have on decision making and plan making moving forward.

A recap of First Homes - what are they and who is eligible?

As of the 28th June 2021, National Planning Policy expanded the definition of affordable housing to include ‘First Homes’ and, subject to transitional arrangements from 10th November 2021 at least 25% of affordable homes delivered should constitute First Homes.

What are First Homes?

As detailed in the PPG, First Homes comprise a form of affordable housing which:

These differ from superseded starter homes which were just a 20% discount, and also a First Home is to remain discounted in perpetuity, unlike the 5-year discount on Starter Homes.

Who is eligible for First Homes?

The following criteria has been established for who can purchase a First Home, and it should apply at all future sales:

However, it is arguable that these eligibility requirements fail to recognise regional pay disparities, and so it is likely that additional criteria such as lower income caps or key worker status will be applied by the local authorities so that those in need are able to access the homes.

As set out in the Written Ministerial Statement (WMS) of the 24th May 2021, Entry Level Exception Sites Policy detailed at paragraph 71 of the 2019 NPPF, will be replaced by the First Homes Exception Sites.

The table below provides an overview of the three types of Exception Sites:

First Home Exception sites should delivery primarily First Homes and can be on unallocated land but not in the Green Belt, National Parks, Designated Rural Areas, or AONB’s. Local Planning Authorities are to support the development of First Home Exception Sites unless the need for such homes is already being met within the local authority’s area.

This criteria has three points of note:

In July 2021, the GLA published its First Homes Practice Note to guide Local Planning Authorities in London on the assessment of the new tenure in housing and mixed use schemes. The practice note advises how Local Authorities should approach the issue of First Homes – whilst also giving indications on how the GLA will assess future schemes in relation to this matter.

We have spoken to officers at the GLA and within Boroughs on current schemes in the planning system, we believe the practice note treads a cautious line, recognising its existence but also warning of the pitfalls of including First Homes. The practice note states:

The practice note reads more positively than the Mayor’s previous consultation response to First Homes, but is not enthusiastic. We do not believe the GLA will encourage the inclusion of First Homes in schemes, but will give it material weight when assessing applications.

The introduction of First Homes represents a step-change in affordable housing policy made by the government that seeks to further address the increasing issues of the population to access the property ladder.

However, even several months into the policy requirement, there remains numerous unknowns regarding First Homes Exception Sites, namely: what proportion of market housing is permitted on Exception Sites, what constitutes ‘proportionate’ in size, and how the need for affordable homes is justified. All of these are likely to require additional supporting evidence to be submitted in parallel with any application to justify their inclusion.

Finally, it is of note that the April 2015 ‘Starter Homes’ initiative led to zero homes being built, in spite of the £192 million spending on remediating land, in main due to the Governments failure to enact the necessary secondary legislation which was required for developers to be able to legally deliver Starter Homes.

Therefore, it is interesting that despite the announcement of First Homes and First Homes Exception Sites in a WMS in May 2021, there has been no update to the 2021 NPPF published in July 2021, which is required for First Homes to be part of National Planning Policy.

Clearly it is too early to understand the impact that the introduction of First Homes will have on the delivery of affordable housing but we will be monitoring the uptake with interest over the coming months. 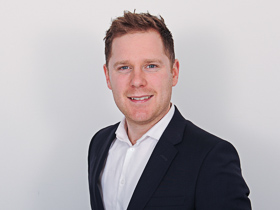 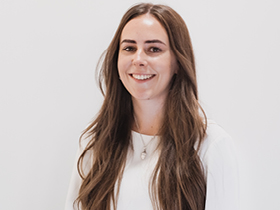