The return of renting

Lambert Smith Hampton, Countrywide and Hamptons International argue in their latest joint research report, 'How we live: the return of renting', that the rental market needs to be much better understood.

The Private Rented Sector (PRS) is on the cusp of being a new important focus of institutional investment. In the lexicon of commercial property investors, PRS is classed as one of a variety of ‘alternative’ property sectors, a grouping which includes a wide range of sectors from hotels, healthcare and student accommodation, among others.  Of course, PRS as an investment medium is hardly new, not least among smaller private buyers through buy-to-let investments. More specifically, what this more closely refers to is privately managed blocks of rented residential accommodation - often referred to as ‘Build to Rent’ - on a scale which provides the required volume of income to appeal to large-scale property investors.

What is meant by alternatives?

The term ‘alternative’ is ascribed to property assets outside of the three core sectors which institutional investors have traditionally invested into, namely retail, offices and industrial.  Alternative sectors are in fact relatively diverse in terms of their investment characteristics and risk profiles. Moreover, while some alternative asset classes are now largely considered mainstream, such as hotels, others can be considered emergent, such as automotive & roadside and, more recently, PRS.

Investment into alternatives has increased steadily since the last major downturn of 2008.  2015 was a record year for investment in UK property with £66.3bn of assets changing hands and, notably, investment in alternatives assets made up a substantial 34% share of this volume.

The rising tide of alternative investment can be largely attributed to two broad factors. Firstly, in search of value, the strong weight of money in the investment market has effectively forced investors to more actively consider other assets. However, significant investment into alternatives has boosted market transparency and reduced perceived levels of risk around them. Consequently, the yield discount which alternatives once boasted to the core sectors has now been largely eroded in many cases.

Secondly, and arguably more importantly, alternative assets provide property investors with an important means of diversifying risk across their portfolios. The specific demand drivers and risks associated with the alternative sectors typically differ from the three core sectors, while alternatives are generally regarded as being less volatile in terms of their return performance.

Private rented sector – the next big thing in alternatives.

According to MSCI data, private rented sector has seen strong annual returns of 10.3% per annum over the past five years, a figure which compares relatively favourably against both other alternative assets (9.9% p.a.) and commercial property’s other core sectors.  However, more telling is that the performance of the private rented sector has been notably less erratic when compared to other sectors, reflecting a combination of both steady capital value growth and rental growth.

Investment into Build to Rent PRS may be in its very early stages, but the groundswell of demand has increased exponentially over the past 12 months. Reflecting the compelling fundamentals around PRS, the majority of the UK’s major institutions, together with experienced overseas players from Germany and North America, have significant funds at their disposal to invest either directly or indirectly in the sector. This strength of appetite was confirmed by a recent survey of LSH’s major investor clients, which scored Build to Rent as the most attractive alternative sector for investment in 2016, marginally ahead of student accommodation.

One of the main perceived challenges to investment in Build to Rent surrounds the management complexities and costs associated with this type of asset relative to more conventional types of asset. Build to Rent shares these key traits with direct-let student accommodation assets, and growing experience and investor confidence in that sector has arguably been key to increasing domestic interest in Build to Rent. 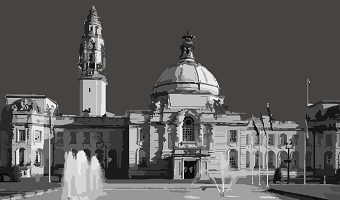 Build to Rent report: demand hotspots revealed Research The UK’s Build to Rent sector has risen to prominence over the past three years. As i...

The return of renting Research Lambert Smith Hampton, Countrywide and Hamptons International argue in their latest j...
View all content