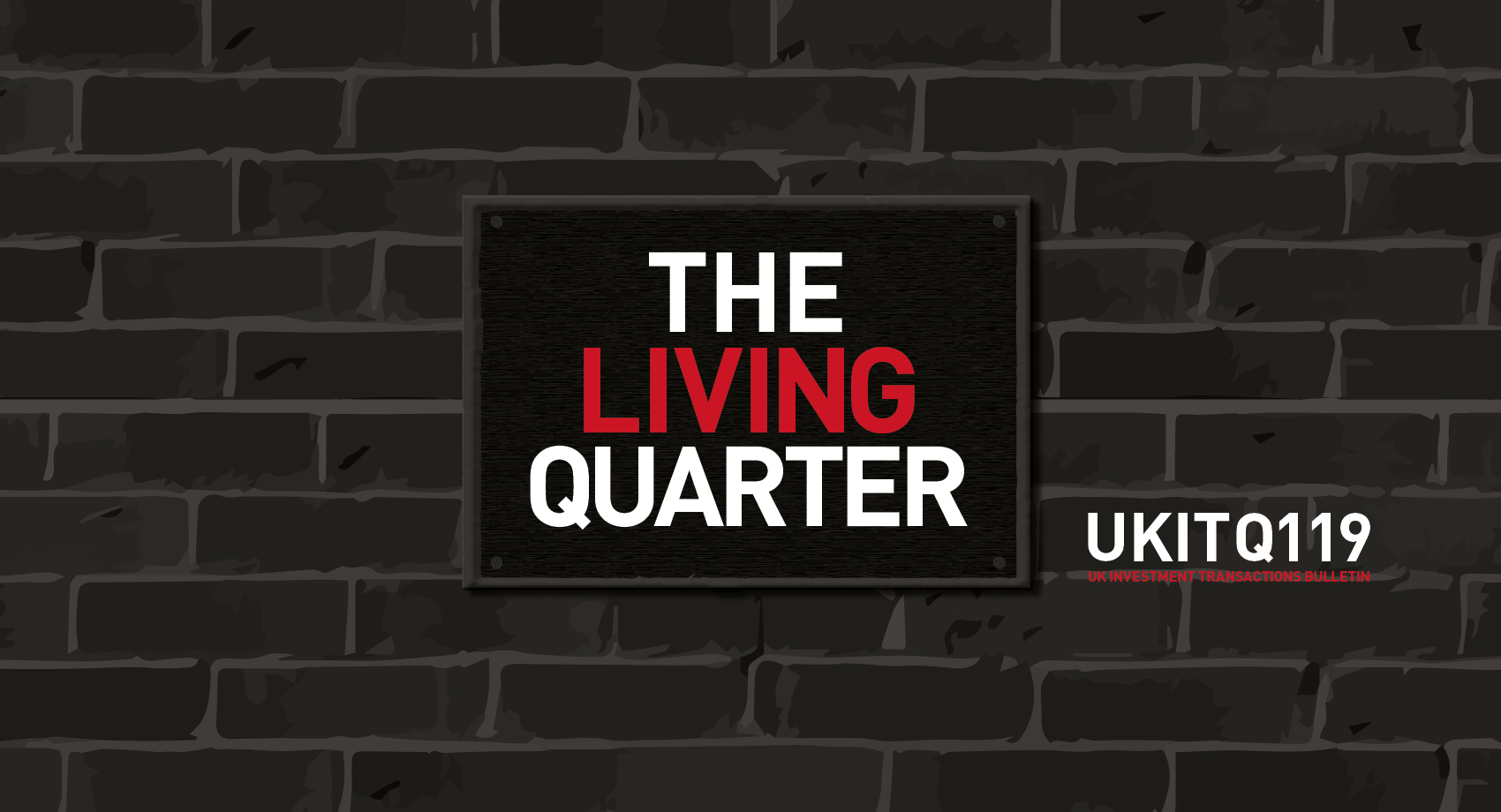 At £10.9bn, Q1 investment volume slumped to its lowest quarterly total since the aftermath of the EU Referendum in Q3 2016, according to our latest UK Investment Transactions (UKIT) report.

Heightened investor caution in the weeks leading up the UK’s scheduled exit from the EU has clearly been reflected investment activity. £10.9bn of assets changed hands in the quarter, 26% below average and a substantial 34% below Q4 2018, the largest recorded quarter-on-quarter percentage fall in five years.

The impasse was most clear with larger lot size deals. Q1 saw only 19 transactions in excess of £100m, the lowest number since Q4 2012 and significantly below the quarterly average of 31. That said, the total number of recorded deals in Q1 was only 15% below average, indicating a stronger tolerance to current uncertainty across the wider market.

The market was in some respects turned upside down in Q1. For the first time on record, the three traditional core sectors accounted for less than half of volume. Offices took the brunt of the drop-off in Q1, with volume at a ten-year low of £2.7bn, down a substantial 60% quarter-on-quarter and reflecting a moribund period for large-lot size deals in Central London.

Meanwhile, a perfect storm of structural change and Brexit uncertainty saw retail volume sink to its lowest quarterly total on record, at just over £1bn. Industrial volume dropped to £1.4bn in Q1, far removed from the record £2.2bn in Q4 2018 but only 18% below the trend.

Other sectors proved notably more resilient. Hotel & leisure volume of £2.6bn in Q1 was its strongest quarter in 13 years, boosted by a number of portfolio deals and the UK’s largest deal in Q1, Queensgate Investments’ £1.0bn acquisition of the Grange Hotel Portfolio. Collectively, the specialist sectors also bucked the trend in Q1, with volume of £2.7bn being 35% above average and fuelled by twelve Build to Rent forward funding deals.

The heightened caution in the UK market in Q1 was evident across each of the main investor groupings. Quoted property companies were the least acquisitive buyers compared with trend, with volume of £680m at below half the average, followed by UK institutions where volume of £2.0bn was 35% below average. While investment from overseas investors was also subdued by recent standards, tellingly, they remained major net buyers of UK property, to the tune of £3.3bn in Q1.

The All Property average transaction yield moved out by 14 bps in Q1 to stand at 5.48%. While all the main sectors moved out, retail saw the largest outward movement of 68bps to stand at an average of 6.21%.

“Q1 turned out much as we expected, with investors of all persuasions opting to take a backseat in the crucial run-up to the UK’s scheduled EU exit date. For the first time ever, the so-called alternative sectors collectively accounted for well over half of total volume, a telling reflection of the direction of travel in the market and the insatiable demand for long-income deals.

“While many will be relieved the UK avoided a no deal Brexit outcome, frustratingly, the EU’s extension to later in the year will only act to preserve uncertainty in the market. Despite the generally sound fundamentals of UK real estate investment, this is likely to prove detrimental to the rebound in volume we had been expecting for the latter part of 2019.”