A new baguette takeaway shop is to open in the centre of Derby following the acquisition of premises at St Peter's Street.

We have acquired the ground floor and basement of 54 St Peter’s Street, Derby on behalf of Le Petit Four Francais, known as LP4.

The premises were acquired from Lush, represented by Alan Pearson of FHP Property Consultants, who still have a leasehold liability on the unit following their relocation to the Westfield Centre.

LP4 plans to open the store as “Baguette Station”, providing freshly-prepared baguettes, along with teas, coffee, pastries and snacks.

LP4 is an expanding national franchise, with its head office in Plumtree, Nottingham and has more than 21 outlets across the UK.

Alex Nix, retail specialist in our Nottingham office, said: “We are delighted to have acquired 54, St Peters St, Derby on behalf of LP4. The location was ideal for their requirements and the client is pleased to have expanded their presence close to their corporate HQ in Nottinghamshire.”

The acquisition in Derby follows a recent LP4 opening in Norwich which we acquired on the tenant’s behalf. 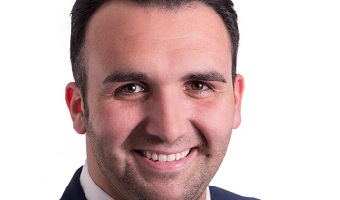