The Government has now published guidance on the extension of retail rates relief to the hospitality and leisure sectors.

As the effects from COVID-19 continue to ripple out across the globe, the measures set out by the Government to help UK businesses are also being rolled out, one of which relates to business rates. Here we provide an explanation of the latest guidance.

Business rates are a devolved power and so the rules for rates vary between the different countries within the UK.

In the latest Budget the Chancellor announced an extension to the Retail Discount scheme from 50% to 100% for occupied retail, leisure and hospitality premises with a rateable value of less than £51,000 for the financial year 2020/21.

These proposals have subsequently been revised to include all retail, leisure and hospitality properties irrespective of their size.There is no upper rateable value limit and the Government is seeking permission from the EU commission to ensure state aid limits DO NOT apply to this relief.

Retail, hospitality and leisure use is determined by the actual use of the property and if the property has mixed uses it will be determined on whether the property is wholly or mainly used for a relevant purpose. The definition was most recently up-dated on 25 March 2020 to include some uses previously excluded.

Retail, leisure and hospitality are split into various groups as follows:

As well as retail properties an additional rates holiday scheme has been introduced for private, voluntary and independent nurseries as recognised by Ofsted’s Early Years Register.

The list of uses produced by Ministry of Housing, Communities and Local Government is detailed but isn’t exhaustive. Local authorities will have some discretion when deciding which properties qualify and which don’t.

There are two grant schemes available. Both schemes are set against a base line of 11 March 2020. The qualifying criteria are those relevant at that date including both the rateable value and the eligible person.

A grant of £10,000 will be made to ratepayers receiving either Small Business Rates relief or Rural Relief, irrespective of the use of the property. However properties used for personal and not business use, as well as car parking spaces will not qualify, nor will companies which are in liquidation or which have been dissolved.

Ratepayers eligible for the 100% relief scheme will also be eligible for a grant, as long as the Rateable Value of the property is below £51,000. There are two levels of grant, payable per property:

The same exclusions apply to this scheme as to the small business relief grants, namely property held for personal use and car parks are excluded from the scheme. Additionally, the Government appears to have imposed an €800,000 limit under the new measures, which had been previously lifted for the retail relief (subject to EU approval).

The Welsh Parliament has announced that it will provide support in the same way as that given in England. There are however some differences in the definition being applied for retail, hospitality and leisure premises.

There is also a cap on the eligible properties in Wales; only properties with a Rateable Value of £500,000 or less are included in the 100% relief scheme.

Further details are awaited but it was announced that a similar scheme will be put in place in Wales as that introduced in England. However, the Small Business Relief Scheme is for properties with Rateable Values of £12,000 or less.

The Sottish Parliament has announced that it will introduce similar relief and grant schemes to those for England. Further details are still awaited, however it should be noted that the limit for the Small Business Bonus Scheme in Scotland is £18,000.

The Finance Minister has announced a three month rates holiday for all ratepayers. In addition there will be grants similar to those announced for England. Businesses eligible for Small Business Rates Relief (NAV up to £15,000) will receive grants of £10,000. Properties used for retail, tourism, or hospitality with NAVs between £15,000 and £51,000 will receive grants of £25,000. Further details are to be provided.

What should you do next?

Grants will automatically be paid by the local authorities based on their list of ratepayers as at 11 March 2020. Local authorities also have to produce details of each grant given and so may require input from the ratepayers before the payment is made. Unfortunately there are no set timescales for doing so.

How can we help?

The situation and Government guidance is still evolving and we will continue to update our clients as more details are unveiled. In the meantime, should you have any specific concerns or requests please don’t hesitate to get in touch with one of our qualified Rating experts and we will do our utmost to provide you with the best advice during these unprecedented times.

COVID-19: Additional guidance on business rates retail relief News The Government has now published guidance on the extension of retail rates relief to ... 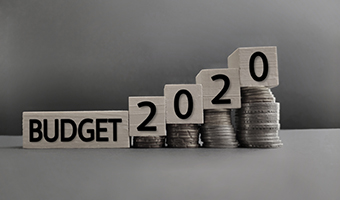 Government extends business rates retail discount to 100% News A selection of retail properties with a Rateable Value of less than £51,000 will qual...