Meeting the need for modern space

But there is evidence that, for some ideas-led companies, this can be supported by more private areas where people can focus their thoughts.

The notion that most people flourish in a working environment that encourages them to interact with their colleagues has become almost universally accepted by occupiers, designers and developers alike.

Few would doubt the need to act as a team and the benefits of an open-plan environment where colleagues can easily communicate are seen by many as vital in driving productivity – and in generating the high-value ideas that differentiate the top-performing firms. In a modern, service-led economy companies are doing more than just putting forward template products that can be created without thinking.

Hot-desking, break-out rooms, café areas and technology-enabled remote working have addressed these needs along with the informal meeting areas that are already found in many modern offices. But there is evidence that these features can be supplemented by private areas which allow individuals to focus their ideas.

Global design company Gensler carried out a five-year research programme looking into these issues, taking into account 90,000 people from 155 companies across 10 industries. Its resulting report, ‘What we’ve learned about focus in the workplace’, suggested that the collaborative environment can be enhanced by providing areas where concentration is made easier.

The effects of improving focus

This is particularly important at a time when people already face a huge variety of new distractions. Social media such as Twitter and Facebook and new technology like smartphones and tablets can help boost productivity in some circumstances but they can also make it difficult to keep people’s minds on the task in hand.

It seems unlikely that anyone would advocate returning to a time when people were housed in a warren of dusty corridors and offices. Gensler suggests creating space that balances the need for uninterrupted focus with all the other elements that are important to work.

The ideal, it says, would be both communal areas for collaboration, learning and socialising alongside the provision of more private space. In some cases, employees should be able to modify their workspaces according to their own preferences.

Whether such ideas become fully accepted remains to be seen but developers and designers will increasingly need to ensure that office space really suits the requirements of each occupier. The provision of individual space where people can crystallise their thoughts, alongside semi-private ‘agile working‘ areas, is one potential strategy to achieve this. Our forthcoming Office Market Report will explore this topic in more detail.

CIL: difficult to work with despite changes Viewpoint The government has further altered the proposed Draft Community Infrastructure Levy (...
View all content 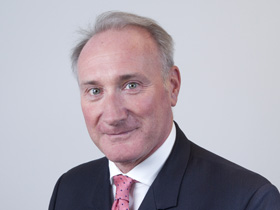