While institutions were cautious in Q4, overseas investors went big into UK property, posting record net investment in the quarter.

DOMESTIC SELL-OFF
Concerns over redemptions among the UK funds kept many institutional buyers on the back foot at the end of 2019. Institutional investment slipped to £1.6bn, 37% below the five-year quarterly average. Notably, only four institutional buyers invested more than £100m in Q4, with M&G’s £525m of investment across four deals accounting for a third of the £1.6bn total.

Institutions were also net sellers for a third successive quarter, making disposals of £2.3bn across all sectors, with notable volumes of sales of regional offices. Quoted propcos invested only £915m in Q4, 32% down on the previous quarter. With sales of £1.9bn, this was the highest level of net sales in two years. The ten largest disposals all went to overseas buyers and covered a range of sectors.

Overseas investment reached a substantial £10.0bn in Q4, 46% above the five-year average. Given the relatively subdued picture among domestic buyers, overseas buyers accounted for a record 65% of Q4 volume and drove a record £5.7bn of net investment into UK property.

NORTH AMERICA PILES IN
At £4.2bn, North American investment into UK property was its highest since Q2 2015. While benefitting from the weakness of the pound, North American capital was targeted predominantly at the living sectors, but also included a large number of distribution warehouse deals across the UK. 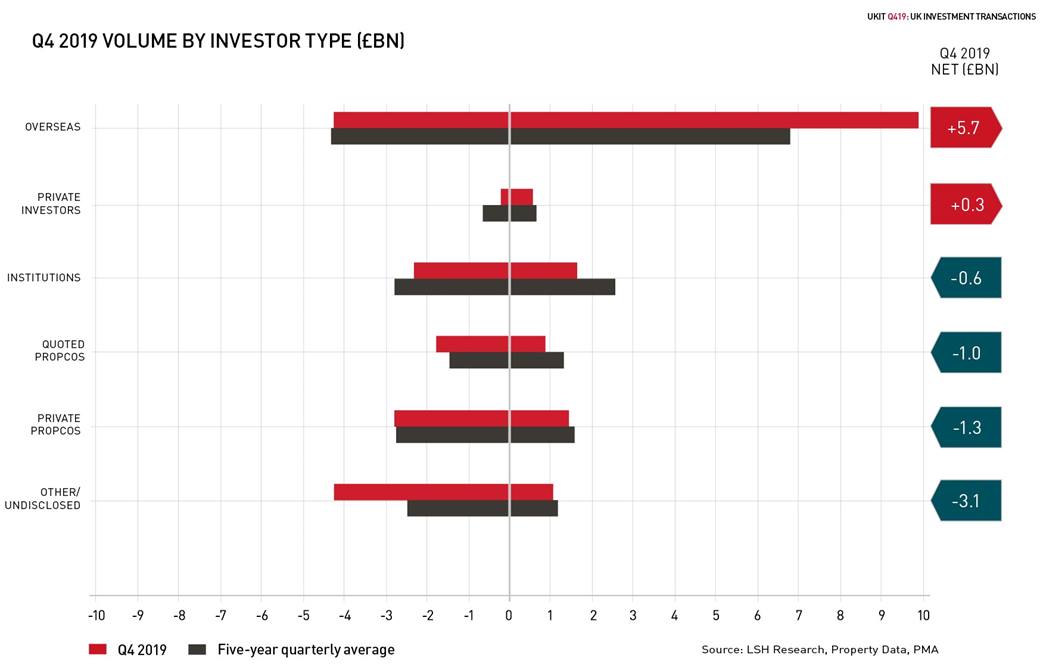 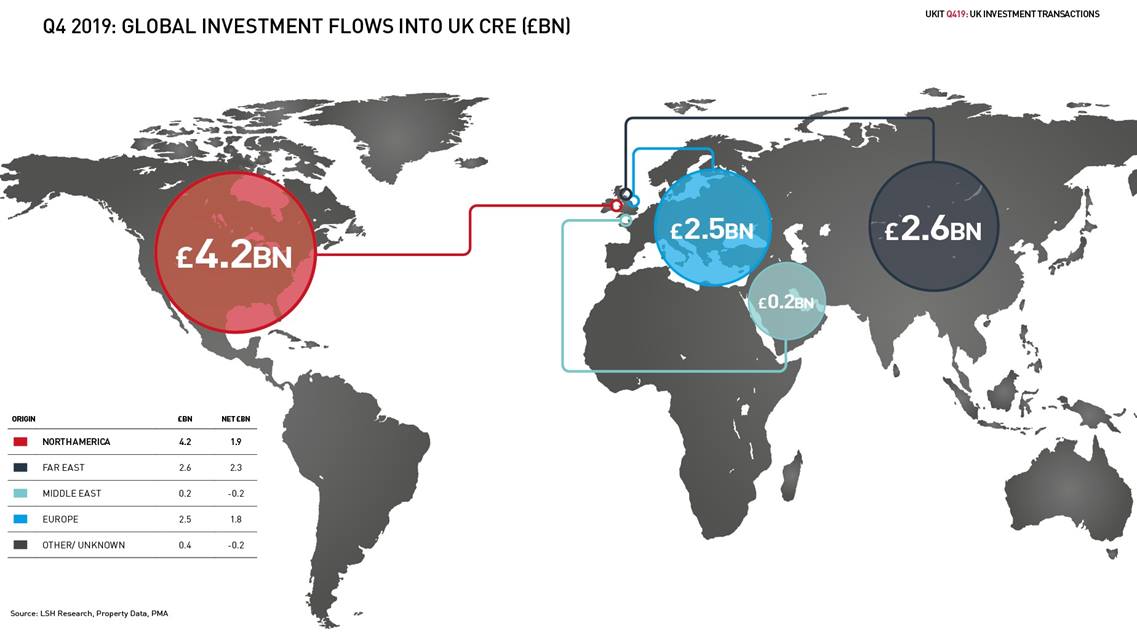