We are retained to provide landlord and tenant and industrial agency advice on the Raylor Centre – a multi‑let industrial estate, close to York city centre

As part of the mandate, we were instructed to engage with the tenant of a 20,000 sq ft industrial unit on the estate, which was being operated as an established self storage business, in respect of the renewal of their existing lease.

Having identified several alternative uses for the property in conjunction with LSH Planning and Development Consultancy, including redevelopment into multiple smaller units and the landlord taking back the premises for its own occupation, we successfully negotiated a new 20-year lease at a rent that was 50% higher than a conventional market rent, with the added benefit of five-yearly RPI linked rental increases.

Had a conventional lease renewal approach been taken, with a market rent being agreed by reference to other similar sized industrial units in York under the Landlord and Tenant Act 1954, the rent achieved would have been substantially lower.

The end result was a significant increase in the capital value of the asset, giving the landlord above‑market secure income, while simultaneously giving the tenant security of tenure for a further 20 years. 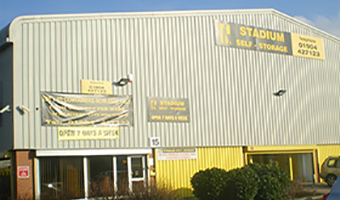 Unlocking value through strategic lease negotiations Our work We are retained to provide landlord and tenant and industrial agency advice on the Ra...
View all content